WATAN supported dozens of camps through their sanitation, hygiene and infrastructure projects 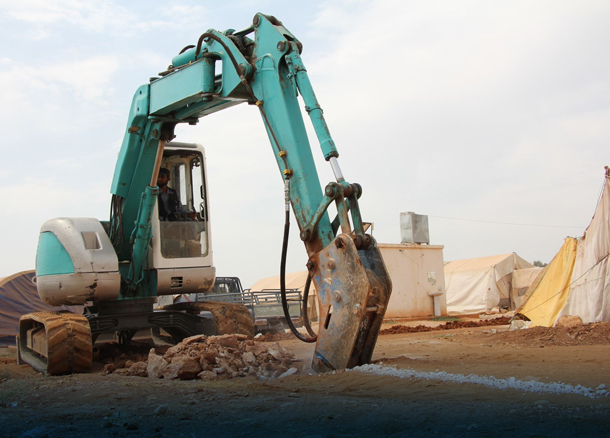 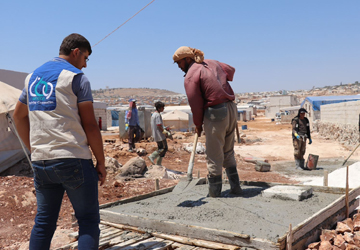 WATAN continues to hold regular sessions to promote personal hygiene and raise awareness about COVID-19, from which 11,053 individuals have benefitted. As well as this WATAN distributed equipment to limit the spread of coronavirus, such as 13,300 hygiene baskets, and 13,900 packs of masks, a total of 695,000 masks overall to the displaced individuals living in the camps.
On a daily basis, solid waste is transferred and septic tanks are emptied in these camps. 38 double toilet blocks were also built for the public, two of which for people with special needs. 471 water tanks, with a capacity of 1000 liters, and 695 garbage containers were also distributed within the camps. These interventions were implemented under WATAN’s ‘Water, Sanitation and Hygiene Emergency and Infrastructure Improvements in Camps in Northwest Syria’ project, in partnership with the International Migration Organization (IOM).
In the previous stages of this project, WATAN examined samples from the coagulation pits within a laboratory of the Support Coordination Unit. This was done to ensure the effectiveness of the project and then implement this intervention in many more sites in northwestern Syria. in which WATAN was the first to do so, before it was joined by IOM and the rest of the partners. This part of the project also worked on non-aerial treatment of the water leaving the sewage and converting it into water suitable for irrigation.
The number of beneficiaries of the entire project services is estimated to be more than 53,300 individuals in all the targeted areas.