Sustainability of water and wastewater projects after completion of implementation 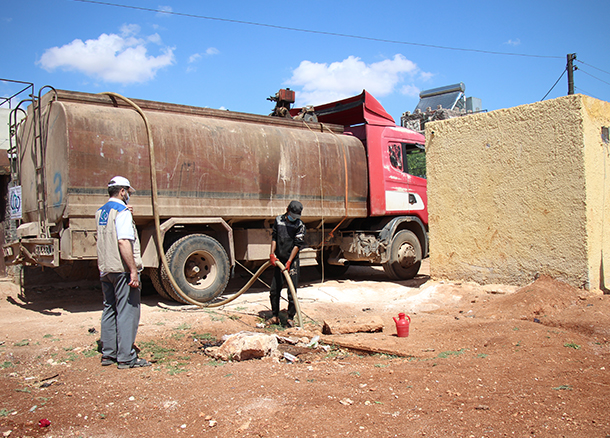 With the end of November, Watan neared completion of implementing all the works of the project "Supporting the water, sanitation and camp coordination sectors for the most vulnerable people residing in informal camps in north-western Syria", which it worked on in partnership with the Syrian Cross-border Humanitarian Fund (SCHF).
Regarding the part of the project for water and sewage networks in each of the villages: Darat Azza, Babka, Kafr Nasih, Abyan in the Atarib area, northwest of Aleppo, Watan has completed the following stages: 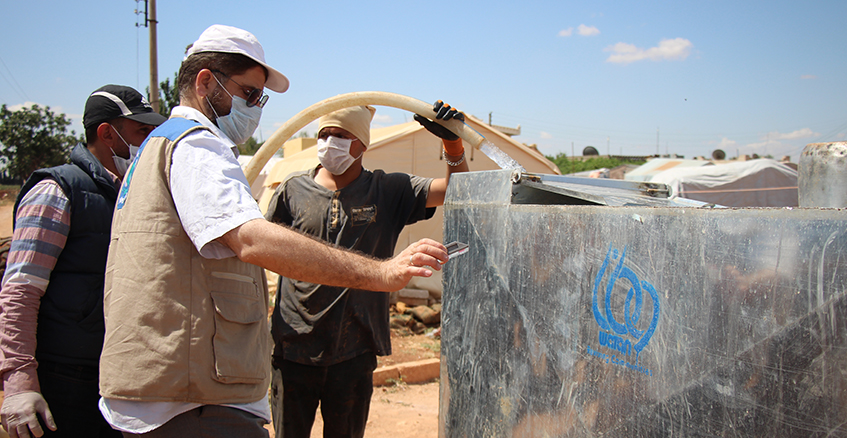 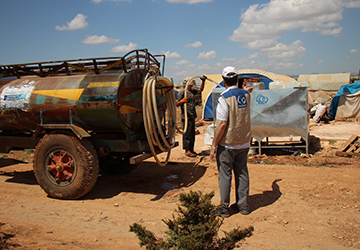 The total number of beneficiaries is estimated to be more than 7750 families whose numbers exceed more than 42,580 individuals upon the completion of the works.

In other parts of the project Watan continues to provide displaced people residing in the 31 camps of the areas Al-Bardakli, Kafr Lusin, Kafr Daryan, Bab Al-Hawa, Sarmada, Koftin, Qah, Sarjibla in the northern countryside of Idlib with sterile water tanks for the tenth month in a row, and services of transferring solid waste, the emptying of septic tanks, the distribution of hygiene baskets, garbage containers and packing cubes, in addition to periodic sessions to enhance personal hygiene. The number of beneficiaries from these activities reached 42,000 individuals, and the number of people benefiting from the sessions to enhance personal hygiene is estimated at more than 6500 individuals.