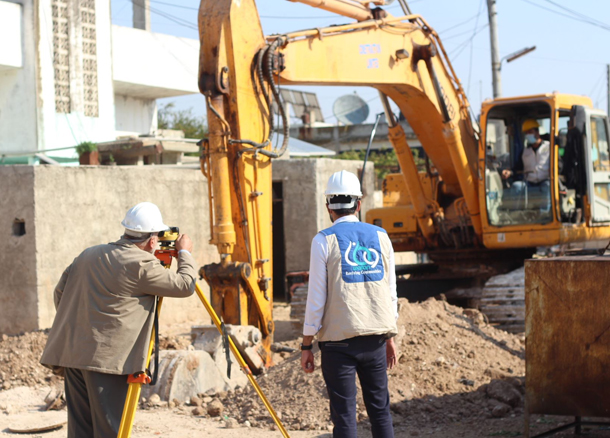 The project to implement sewage networks work with coagulation drilling in each of the camps: Al-Baraka, Sa`ed, Al-Eis, Wadi Al-Ain, Jabal Al-Hoss, Taiba and Al-Nouri, in the countryside of the Idlib governorate has been completed. It was part of the ‘Water, Sanitisation Hygiene Emergency and infrastructure improvements of camps in north-western Syria” project whose activities were carried out in partnership with the International Organisation of Migration (IOM). Upon this completion, Watan began to take samples from the coagulation pits and test them in Assistance Co-ordination Unit (ACU) labs to ensure the effectiveness of the project. Following this the project could be circulates to all the sites in north-western Syria. Watan pioneered these sorts of projects before it was adopted by the IOM and other partners. 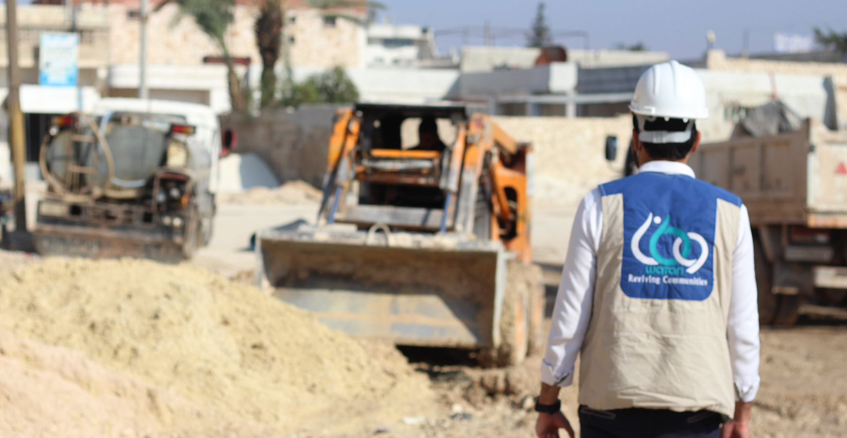 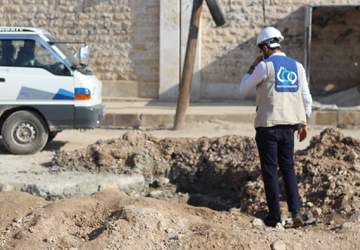 This part of the project included the extension of a sewage network within the camp between the WC blocks to the drainage to get rid of waste products, in addition to the implementation of a large clotting pit with the length of 4.30x12.40 metres and 2.25m deep at the end of the line downstream so that the pit would treat the water coming out and convert it to water suitable for irrigation. This way the intervention saves large material costs that concurred with emptying the septic tanks and contributed to eliminating odours and swamps which lead to the spread of disease and epidemics.
The number of beneficiaries reached 2500 families, with an estimated 13,900 individuals. It resulted in the removal of water flowing on the streets from domestic use which formed swamps causing spread of dirt and disease. It also made use of the treated water by irrigating neighbouring agricultural lands as well as establishing the project for a sewage network which can be expanded to accommodate more beneficiaries.
Additionally, the project continues to provide water and sanitisation services to displaced people in each of the following camps in the Idlib countryside: Apamea - Al Baraka - Saed - South Martyrs - Al Eis - Al Burj - Al Yamamah - Al Salim - Jabal Al Hoss - Ajyal - Al Abyad Al Jadeed - Al Abyad Al Jadeed - Najma - Wadi Al-Ain – Tajmi Al-Sahara - Al-Musa - Shermagar - Al-Maqala - Al-Saqia - Al-Yusef and distributed in the regions Al-Dana - Kafarlossi - Basqa - Sarmada - Batbo - Hazano - Kfardaryan - Termanin – Burj Al-Namra.
For the tenth month in a row, the operation has been supplying displaced people in the tents with sterile water tanks (whose quotas were reduced to 25 litres for the last three months of the project until the end of the year), transferring solid waste and emptying technical joints. In addition to holding periodic sessions to raise awareness on personal hygiene and distribute equipment to help the prevention of COVID-19, completing the distribution of masks to the targeted camps until their number reaches 375,000 masks.
The number of beneficiaries of these services reached 7,090 families who account for more than 39,100 members of the camp’s population. The project contributed to promoting personal hygiene, reducing the spread of diseases and epidemics, especially from the spread of COVID-19. It has supported families with limited incomes, widows, people with special needs, and reduced the financial burden on them.