Improving infrastructure and hygiene in dozens of locations in northern Syria 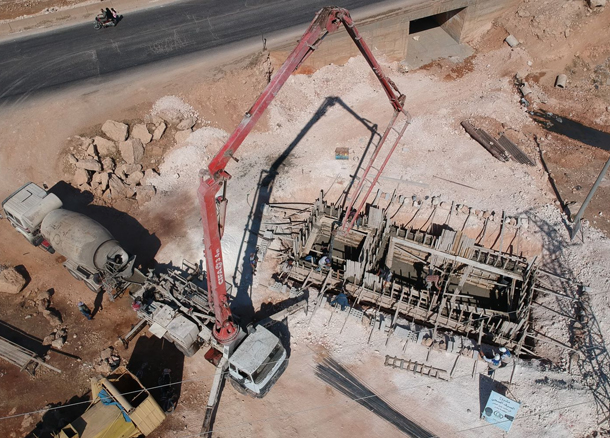 The operations required to empty a septic tank frequently has become a financial burden in many of camps. Alongside the difficulty of digging holes in the rocky ground for the tanks to sit in, there is also an urgent need to get rid of the unpleasant odours, swamps spread in the street and the pollution, which can then cause diseases to spread. In partnership with the International Organisation for Migration (IOM), Watan has intervened to establish a sewage network with a clotting pit. This has been done in each of the camps in the countryside of the Idlib Governorate: Al-Baraka, Sa`ed, Al-Eis, Wadi Al-Ain, Jabal Al-Hoss, Taiba and Al-Nouri. This was all done as part of the ‘Water, sanitation and hygiene project’.
The project will extend the sewage network within the entire camp, so that it is also connected to the toilet blocks. The project also includes building a large clotting pit with a base of 12.4 m x 4.3 m and a height of 2.25 meters at the end of the line, so that the pit will treat the water leaving the sewage so that it is suitable for irrigation. 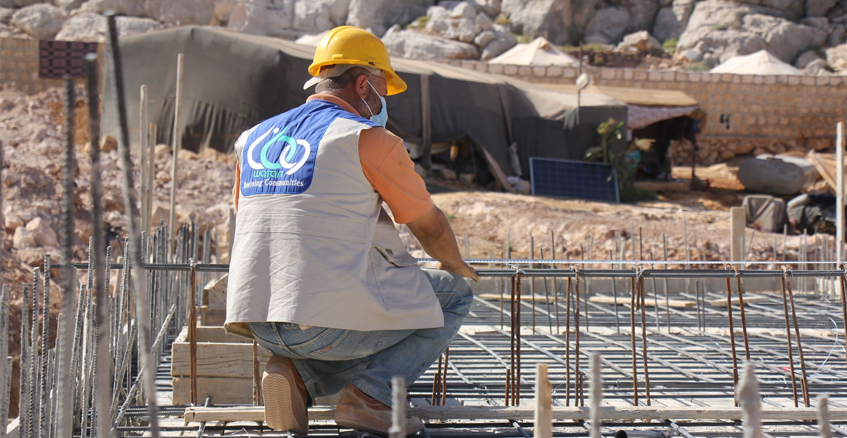 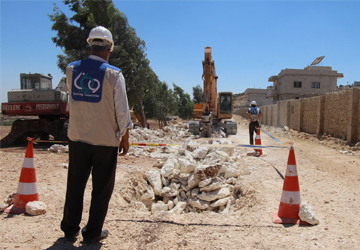 All activities has been completed in each of the camps: Saed, Jabal Al-Hoss, Al-Baraka, Wadi Al-Ain  and work continues in Al-Eis, Taiba and Al-Nouri camps. 2505 families will benefit from this intervention, totalling 13,931 individuals.
This project also intervenes to support the displaced people to a stage of partial stability, in each of the following camps: Apamea, Al Baraka, Saed, South Martyrs, Al-Eis, Al-Burj, Al-Yamamah, Al-Salim, Jabal Al-Hoss, Ajyal, Al-Abyad Al-Jadeed, Al-Jadeed Al-Najmah, Wadi Al-Ain, The gathering of Ashara, Al-Musa, Shermagar, Al-Maqala, Al-Sakia, Al-Yusef; all of which are distributed in the regions of  Dana, Kafrlossi, Baska, Sarmada, Batbo, Hazano, Kfardaryan, Termanin, Burj Al-Nimrah.
Watan has and continues to help in several different ways ensuring sterile water is provided, emptying the septic tanks, building bathroom blocks, distributing hygiene baskets, garbage containers and packing tanks. Sessions to raise awareness about personal hygiene to cope with disease outbreak have also been organised.
The total number of beneficiaries of this work was 39134 individuals, in addition to the 5801 beneficiaries from the sessions, which aimed to increase awareness about personal hygiene.