Stopping thousands of children from dropping out of school 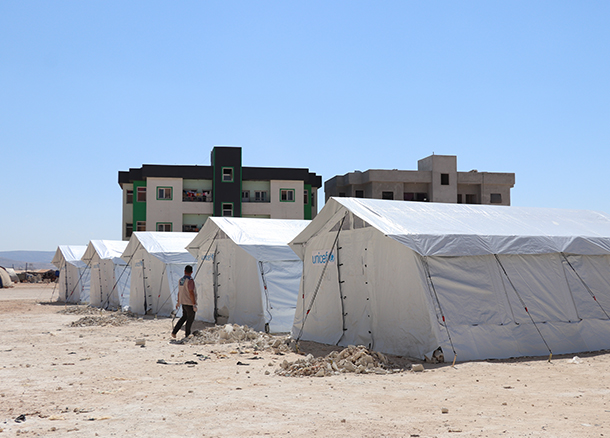 In coordination with UNICEF, Watan has started implementing the second phase of the project "Providing safe and equitable access to formal and informal education in north-western Syria".
It has established 9 educational centres among the camps (Tal Al-Karama, Deir Hassan, Kafrlossin, Hezreh, Salwah), including all the appliances and equipment, such as: blackboards, classroom tables, chairs, office tables, fans, safety tools, chairs. This included 81 classrooms as well as administrative tents and installing 9 bathroom blocks, whilst providing the centres with sterilization materials for teachers and students. 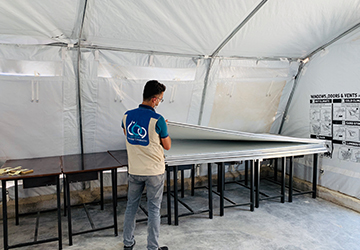 The centres received stationery for the administration as well as twenty-three recreational funds provided by UNICEF. Watan’s campaign ran, aimed to encourage children to join schools near their homes, and to raise their level of awareness on issues such as sexual exploitation and abuse, the dangers of Covid-19 and the means of protection from them.
About half of the 2139 students were female and an ACER pre-test was conducted on them to determine their cognitive levels and were then provided with informal education services.
This brings the number of beneficiaries from the first and second groups to 7544 students, of whom 4,200 where female, as well as the 420 valued staff members, half of whom were females.
The project helped these children from missing out on school and having to go into employment. It is important we tackle this issue now with the United Nations reports stating that at the end of last year there were approximately 2.1 million children outside the educational process in Syria, with the possibility this number doubling.