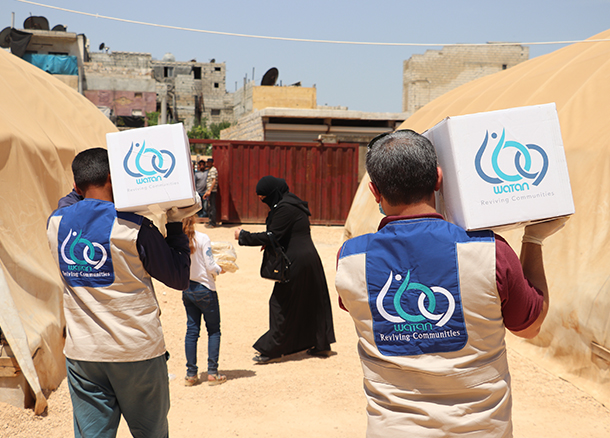 The end of August marked the fifth month which Watan continued to respond to the needs of the displaced families in the centre of Ma’arrat Misrin, a sub-district in the northern Idlib countryside, with 80 camps belonging to the sub-district.
Many families were displaced at the end of last year due the escalated activity of the regime’s military in the southern countryside of Aleppo and Idlib. The Office of the Secretary-General of the United Nations stated that this escalation had caused the displacement of nearly 900 thousand civilians since December 1 of 2019. 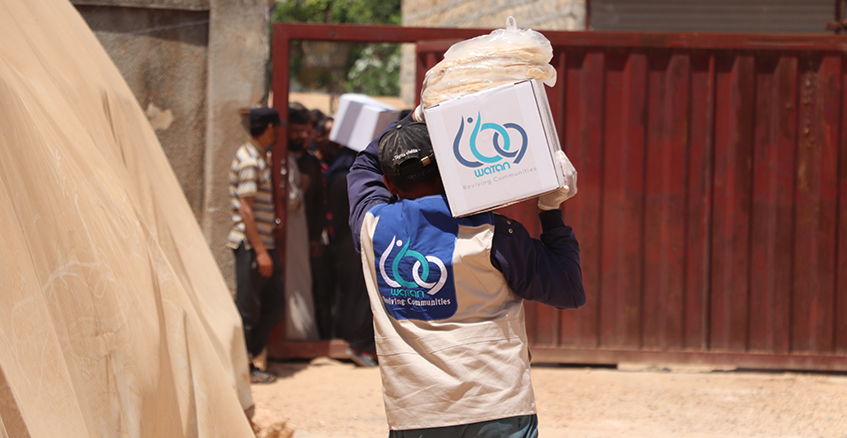 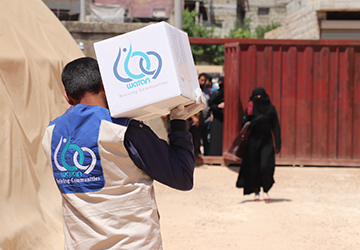 As part of the project "Supporting Food Security for IDPs from Southern Idlib", WATAN, in partnership with PAH (Polish Humanitarian Action), helped 5,500 displaced families by providing them with two cooked meals a day, which continued for three days after arrival. This was done after Watan’s teams set up a field kitchen along with the reception centre that can accommodate 160 families.
The same number of families were given emergency food baskets once a week for three weeks. The project also included providing 2,184 families with a food basket every month for three consecutive months and also providing 1100 families with free bread for the same amount of time. This brought the number of beneficiaries by the end of August to more than 8700 families.
It is expected that the number of beneficiaries of this project will reach 11,000 families, by the end of October this year.