Sanitisation networks…. to eliminate pollution and its affects 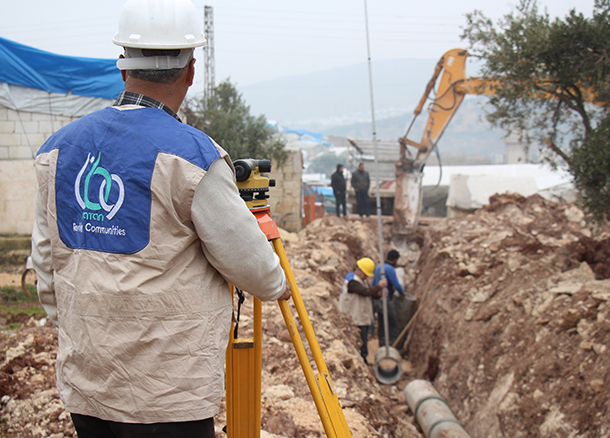 In an important step to eliminate pollution that has been caused by the traditional old ways of liquid waste disposal, Watan completed the construction of the sewage lines and drilling at the following sites:  Sa’d, Mount al-Hass, Al-Eiss, Al-Barakah, Area of “Al-Huda Hospital,”, Al-Nooriy, Tayba in the countryside of the Idlib province,
This projects importance is highlighted as it eliminates the need for continuous cleaning after technical drilling, and it reduces the amount of diseases that arose from pollution such as skin and respiratory diseases.
This sort of project has been previously undertaken by Watan, where it has been supported by the ‘International Organisation for Migration’ (IOM) and its partners and a team of Watan engineers provided specialised technical consultancy to them. Watan’s participation was considered crucial in the project “Water Sanitisation, Hygiene and Infrastructure Improvements in North-west Syria” by the IOM. 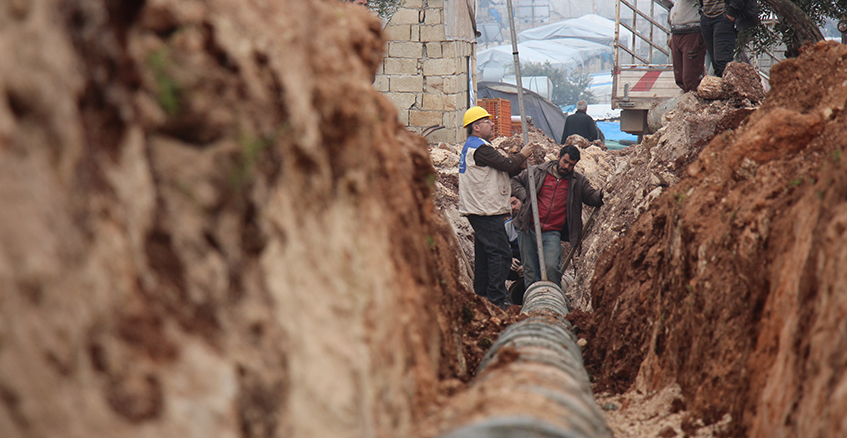 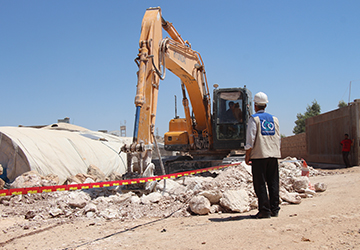 The project provided basic water and sanitation services to 23 camps in the regions of Sarmada, Atarib, Maarat Miseen, Koorkina, Al-dana and will continue to do so till the end of next December.
The amount of water that was distributed from it from the beginning to the 21st day of last August was 32,535 cubic metres, at the rate 35-40 litres per person, with constant monitoring of the water quality. In this same period 1478 cubic metres of solid waste was removed and transported to approved landfill sites and 1953 cubic metres of technical drilling waste was emptied.
They also distributed 695 bins to date, and the distribution of drinking water tanks to all camps, numbering 471, has been completed. In addition to distributing 7321 soap bars to contribute to increasing prevention from Covid-19.
Work is underway to create blocks of toilets for both ordinary and disabled persons, considering the specificity of the sexes and children.
The total number of beneficiaries is 39637.