Campaigns from WATAN ... pursuing a healthy environment and avoid the epidemics || WATAN Campaigns to preserve the environment 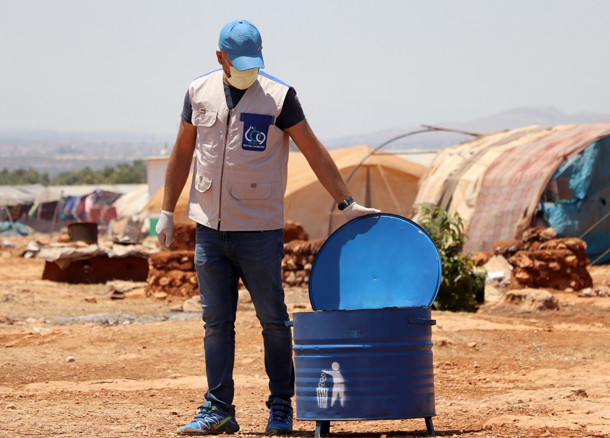 Garbage dumping is one of the main causes of the spread of harmful insects, which is considered to be a major cause of many diseases spread in northern Syria.
WATAN recently worked to shovel and level the floor of the landfill located near the camps in northern Syria, and field teams sprayed the landfill with insecticides with the aim of eliminating harmful insects.
Many of the surrounding towns and cities benefit from this dump, which serves approximately 800,000 people. 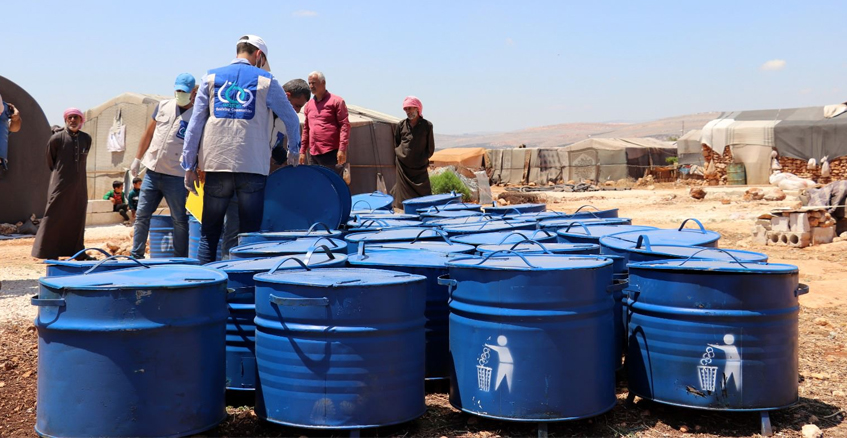 WATAN seeks to secure a clean environment surrounding the people displaced. WATAN’s team in the water and sanitation program continues to distribute garbage containers to camps in northern Syria.
During June, field teams distributed 700 garbage containers to 21 camps. WATAN also works to carry garbage daily from the camps to the landfill.